You are here: Home1 / International2 / Bangkok 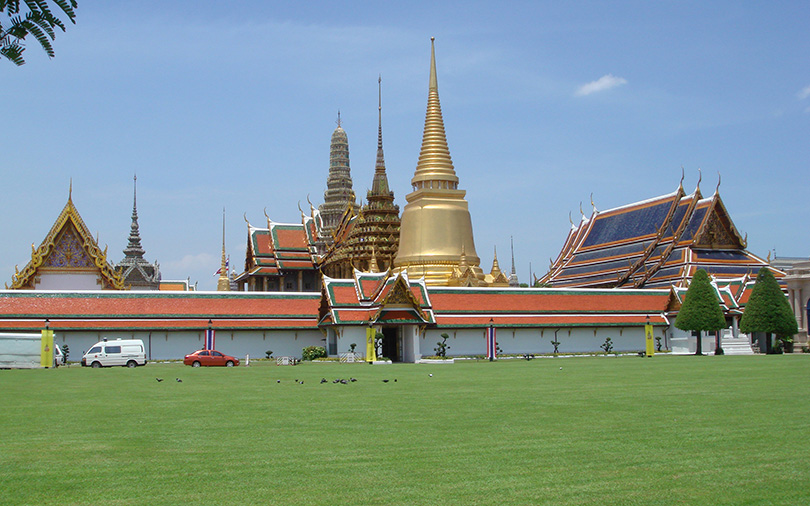 Park and entrance gate to the Grand Palace in Bangkok; (c) Soul Of America

The Chao Phraya River is as important to modern Bangkok as it was for the city’s early settlers. With its early status as a major tax collection port and customs office for foreign traders sailing north to the former capital city, the river became critical to transportation, communications, and trade leading people to settle along its banks.

Bangkok straddles both banks of the Chao Phraya River. Among the longest rivers in Thailand, the river is a 24-hour hub of activity with barges carrying rice, teak, and cement from riverside factories and other sites. It begins in the northern part of the country, runs through Bangkok, and empties into the Gulf of Thailand.

Along the riverfront, locals built factories and homes, some of them jutting out onto the river and set atop stilts dug deep into the riverbed. Even now some locals are affectionately known as “boat people” who can’t bring themselves to live anywhere except aboard their modest boats moored along the river’s edge. Though visitors to modern Bangkok have other options for transportation, the river still serves a critical role in the city’s economy. 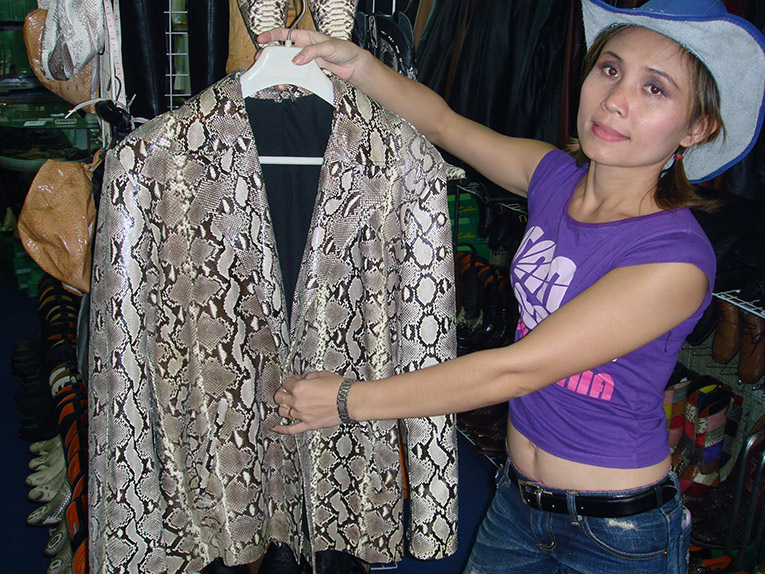 For tourists, views from the river suggest only a hint of the charm and beauty that Thailand’s capital city has to offer.

In the early morning, small fishermen can be seen delivering fresh catch to local restaurants and markets that thrive along the Chao Phraya. Throughout the day long-tail boats, river taxis, and private hotel boats navigate between piers along both sides of the river to deliver locals and tourists to their destinations.

In the evenings, the river takes on a romantic quality with a shimmering skyline and sparkling lights from the many dinner cruise ships gliding along the river.

In fact, a river tour on one of the ubiquitous long-tail boats is a great introduction to the city. For navigation, it’s helpful to know a little about how the city is laid out relative to the mighty river. On the west side of the Chao Phraya River is Thon Buri, the site of the Thai capital for 15 years beginning in 1767 when Ayutthaya was besieged.

In 1782 King Rama I, the first of nine Kings in the Chakri Dynasty continuing to the present, moved the capital to Krung Thep on the east side of the river. That area encompasses Bangkok’s Old City and is the location of most of Bangkok’s most well-known tourist attractions.

On the river cruise, you’ll see sites such as the Royal Thai Navy Dockyard and Royal Boat House, and magnificent Buddhist temples. Wat Arun, the Temple of Dawn, is the best-known historical structure on the west side of the river. The river tour goes beneath the beautiful 1,500 feet Rama VIII cable-stayed bridge and connects Thon Buri to Krung Thep. Opened in 2002, the bridge has become a recognizable part of the Bangkok skyline and appears on the back of Thailand’s 20-baht bank note. 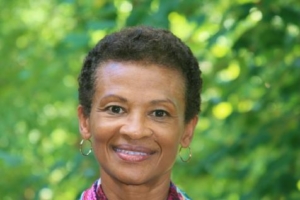 The river tour also passes the many riverside restaurants and high-rise hotels that cater to many of the millions of tourists and business people visiting the city each year. A side trip through the locks and into one of the small canals or “klhongs” that split off the main river gives a close-up view of how locals have adapted to life on the water’s edge in a city once called the Venice of the East.

After an introduction to the city from the comfort of a long-tail boat, it’s time to hit the streets of Old Town Bangkok and experience the city up close. And my, what an experience you’ll have!

From its early days as a tax collection port, Bangkok now spans an area far beyond the shores of the Chao Phraya River and consists of a modern, dynamic metropolis of more than ten million people, nearly a tenth of Thailand’s total population. Bangkok is the country’s spiritual, cultural, diplomatic, commercial, and educational hub. Over six million tourists flock to the City of Angels each year making tourism the city’s largest foreign exchange earner.

May fortune smile upon you to visit.

Bangkok Attractions
The city has a jaw-dropping array of ancient temples and palaces that should make your bucket list to visit.

Bangkok History
Siam, as its known today, Thailand has benefited from a procession of kings who built temples and infrastructure.

Bangkok Travel Tips
Less than 1% of Bangkok locals are of African descent, so dreadlocks and cornrows often attract stares from locals. 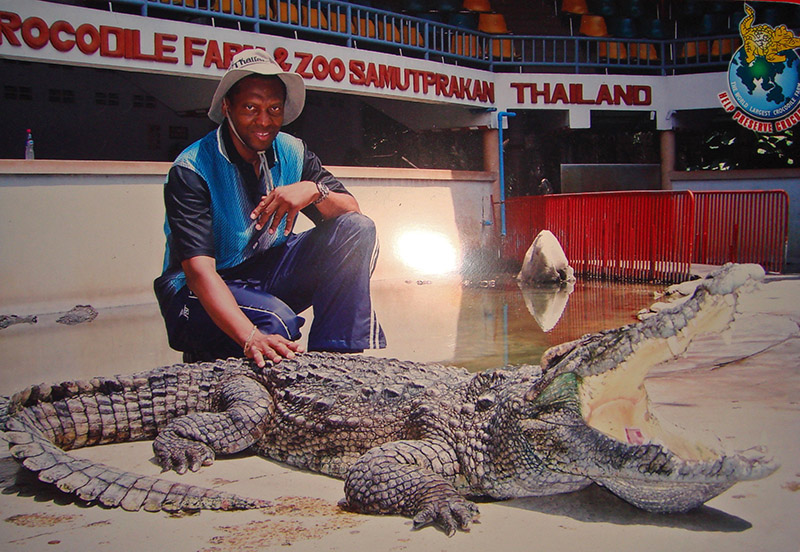