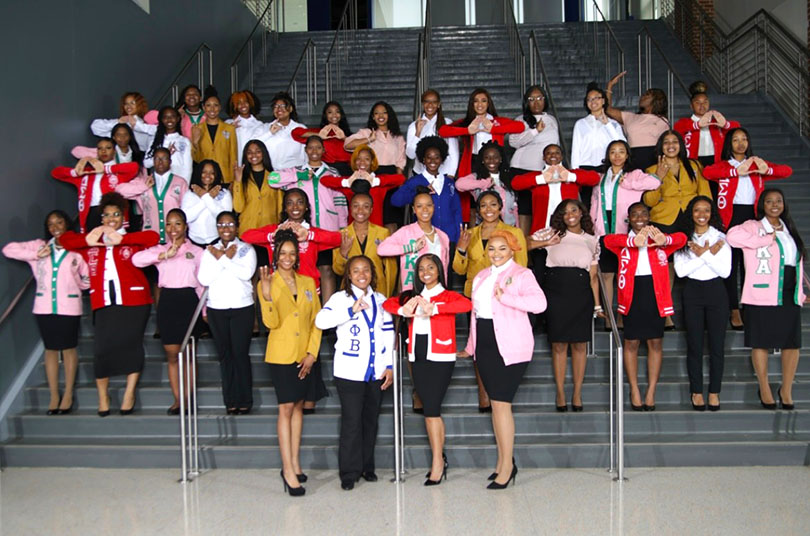 Virginia State University was founded in 1882, by the state legislature and chartered as the Virginia Normal and Collegiate Institute. The legislature bill was sponsored by Delegate Alfred W. Harris, a Black attorney in Petersburg. A lawsuit delayed school opening until 1883.

In 1902, the legislature revised the charter to curtail the collegiate program and to change the name to Virginia Normal and Industrial Institute.

Finally, the legislature passed a law in 1979 to provide the present name, Virginia State University.

Its first college president, John Mercer Langston, was one of the best-known African Americans of his day. Until 1992, he was the only African American elected to the United States Congress from Virginia (elected in 1888), and he was the great uncle of Langston Hughes.

On June 1, 1993, Eddie N. Moore, Jr., the former Treasurer of the Commonwealth of Virginia, became the twelfth President of Virginia State University.

Virginia State University is accredited by the Commission on Colleges of the Southern Association of Colleges and Schools to award baccalaureate, master’s, and doctoral degrees. The university offers these degree programs:

Virginia State University is situated in Chesterfield County at Ettrick, on a bluff across the Appomattox River from the city of Petersburg. It is accessible via Interstate freeways 95 and 85, which intersect in Petersburg.

The University is 2.5 hours driving distance from Washington, DC. The University emphasizes on-campus housing of students as a vital part of its higher educational experience.