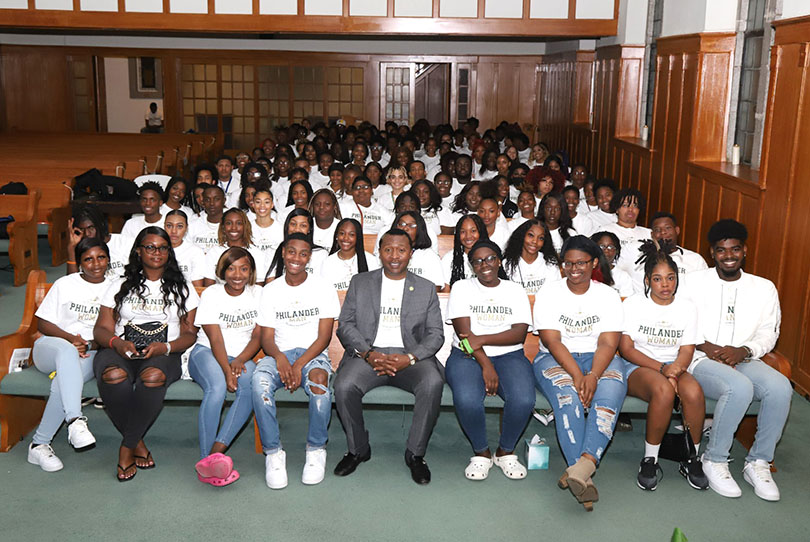 Established in 1877 to educate former slaves, as such Philander Smith College is Arkansas’ oldest private HBCU. The predecessor of PSC was Walden Seminary, named in honor of Dr. J. M. Walden, one of the originators of the Freedmen’s Aid Society. Miss Helen Perkins served as the first principal.

In 1877, the Little Rock Annual Conference to promote Negro teachers designated Walden Seminary as its official educational institution. The Seminary was located at Eighth Street and Broadway in the Wesley Chapel Methodist Church. The first president was Reverend Thomas Mason (1877-1896).

In 1879, growth caused the Seminary to move to Tenth and Center Streets in a suite of rooms at Kendrick Hall.

In 1882, Mrs. Adeline Smith, widow of Mr. Philander Smith, gift $10,500 to Walden Seminary. PSC trustees accepted the gift and changed the name to Philander Smith College. The school would soon move to a larger site at Eleventh and Izard Streets. Philander Smith was chartered as a four-year college on March 3, 1883.

In 1884 a new dormitory for girls was built and named Adeline Smith Hall. The first baccalaureate degree was conferred in 1888.

Over a succession of college presidents, academic programs were improved and 40 additional acres were purchased for a new site. Primary school grades were dropped in 1924.

In 1925, the George R. Smith College of Sedalia, Missouri, burned. In 1933, its assets were merged with Philander Smith. In 1936, the high school department was dropped to focus on higher education. Also in 1936, the campus area was greatly enlarged, and new buildings were erected.

In 1948, the site of the Little Rock Junior College, adjacent to PSC, was purchased. Classrooms, a library, a gymnasium, and a chemistry laboratory were added. After the extensive academic improvement in 1949, Philander Smith College was accredited by the North Central Association of Colleges and Schools.

In 1959, the College opened new dormitories for men and women, a student union, and dining facilities.

In 1983. Under the leadership of President Carter, regional accreditation by the North Central Association of Colleges and Schools was retained and the Teacher Education Program was approved by the Arkansas State Department of Education.

Since 1998, Philander Smith College has received grants, appropriations, and contributions totaling about $50 million, including grants from the Rockefeller Family Charitable Trust, Teagle Foundation, Mellon Foundation, National Endowment for the Humanities, and Microsoft to further its mission.

A privately supported, four-year liberal arts college affiliated with the United Methodist Church and the United Negro College Fund. Philander Smith College has maintained a close relationship with the Church over the years.

PSC sits on a 12-square-block campus in the historic Quapaw Quarter of downtown Little Rock. Some buildings are listed on the National Register of Historic Places.