You are here: Home1 / Black Colleges2 / Lincoln University of Missouri 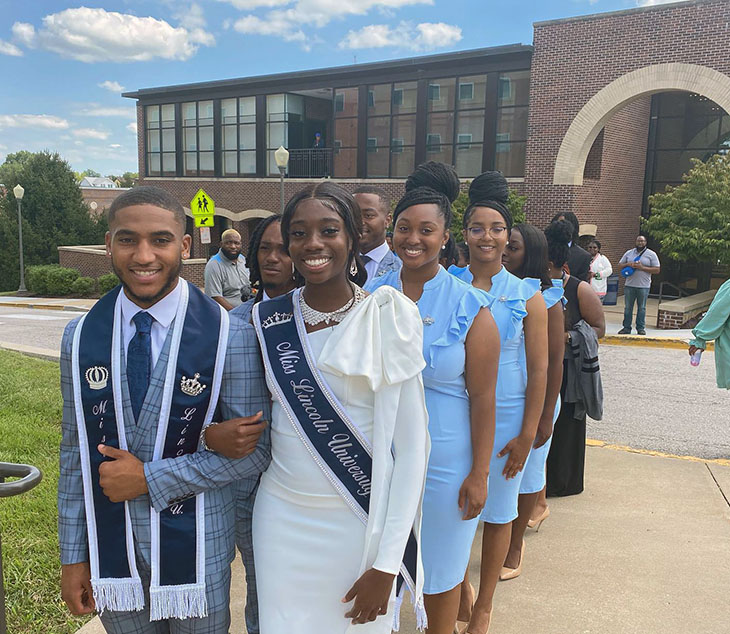 The beginnings of Lincoln University of Missouri are as noble as the Hollywood movie called “Glory.”

Two regiments of emancipated Black soldiers who learned to read and write as part of their training, were determined to start a school for other freed Black people when they returned to their homes in Missouri after the Civil War.

They gathered $5,000 to establish an educational institution in Jefferson City, which they named Lincoln Institute. The 65th Colored Infantry contributed another $1,400 to the school’s endowment to found the school in 1866.

Richard Baxter Foster, a former first lieutenant in the 62nd Infantry, was named principal of Lincoln Institute as the school opened its first class of two students in an old frame building.

In 1870, the school began to receive aid from the state of Missouri for teacher training. In 1871, Lincoln Institute moved to its present campus.

Inman E. Page took office over 1880-98, overseeing enrollment growth, the construction of new buildings, the hiring of new faculty, and an expanding college curriculum. Under the second Morrill Act of 1890, Missouri designated Lincoln a land-grant university, emphasizing studies in agriculture, mechanics, and teaching.

In 1921, the Missouri Legislature passed a bill to expand the school to a four-year college and change the name from Lincoln Institute to Lincoln University.

Tremendous growth occurred from 1938 to 1956. Graduate instruction began in the summer session of 1940, with majors in education and history and minors in English, history, and sociology.

In 1954, following the Supreme Court decision in Brown vs. Board of Education declaring segregated public schools unconstitutional, Lincoln University opened its doors to all who could meet its entrance criteria, regardless of ethnicity. Enrollment climbed from 400 to more than 1,000 students.

The 1990s saw the growth and integration of nursing, teacher education, computer science, and agribusiness into Lincoln’s core offerings. As the school made its way into the 21st century, Lincoln enjoyed a resurgence in athletic programs and technological advancements as well.

On May 22, 2019, Jefferson City was hit by an EF-3 Tornado, causing significant damage near the campus.

Lincoln’s approximately 1,800 students are offered academic programs in undergraduate study in the arts, and sciences as well as graduate programs. Programs of study are:

College of Agriculture and Environmental Sciences

Students at Lincoln University of Missouri will be part of a secure, supportive, and fun-loving community. You will have many opportunities to relax, enjoy yourself, and make lasting friendships.

The vibrant campus is energized by frequent events that give students and faculty a chance to come together and celebrate Lincoln’s culture.

Fraternity & Sorority Life is also an essential part of student life. Many fraternities and sororities opened their first chapters in Missouri on the Lincoln campus. All of the Greek organizations at Lincoln are devoted to making a difference while offering fun and bonding opportunities.

There are also a number of clubs and organizations on campus where you can pursue your interests. You can exercise or join a game at the LINC Recreation Center or be part of the Student Government Association.