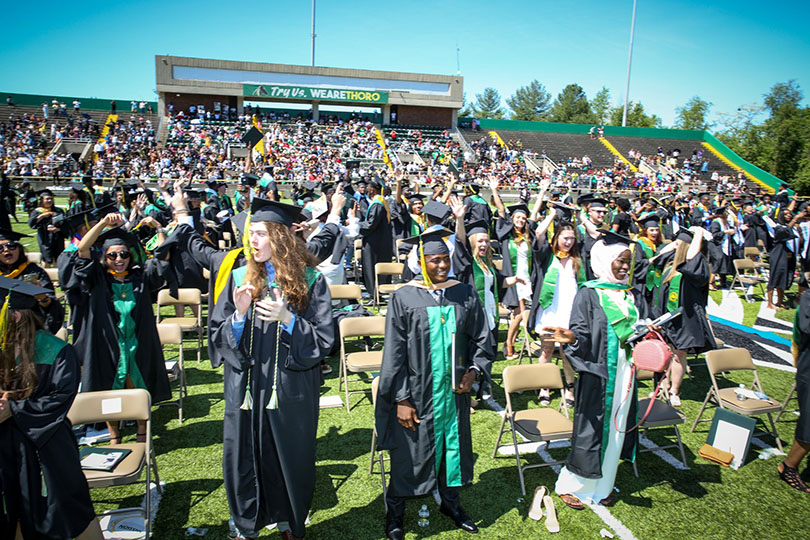 The college was chartered in 1886 as the State Normal School for Colored Persons a small normal school to train black teachers. About 30 miles east of Louisville and just off Interstate 64 freeway, Kentucky State University was only the second state-supported institution of higher learning in Kentucky.

Since there was competition from other cities, Frankford’s residents wanted the new institution located here, so the city donated $1,500 in 1886 dollars and a site on a scenic bluff overlooking the town.

Recitation Hall (now Jackson Hall), was built in 1887 in time for the opening in 1887 with three teachers, 55 students, and John H. Jackson as its first president. In 1890 the institution became a land-grant college, and the departments of home economics, agriculture, and mechanics were added to the school’s curriculum.

The school’s first graduating class was in 1890. A high school was also organized on the campus in 1893.

In 1902, the name was changed to Kentucky Normal and Industrial Institute for Colored Persons.

In 1926, the name was changed again to Kentucky State Industrial College for Colored Persons.

In the last one hundred years, the college evolved into a coeducational, liberal arts institution. It is only one of 17 national 1890 land-grant institutions and the state’s unique, educational institution serving a multiracial student body from a diverse range of economic backgrounds.

This small liberal arts school of 2300 students emphasizes job placement for students. Within the student body, 80% are from Kentucky and consist of equal parts African American and European American students. There are 7 dorms and the typical collection of fraternities and sororities.

Over the past 25 years, the University’s enrollment and faculty have more than doubled, and 29 new structures or major building expansions have enhanced the look and feel of the place. And there’s a lot to feel on Kentucky State University’s 511-acre campus, which includes a 203-acre Internationally recognized Aquaculture Research Center and farm.