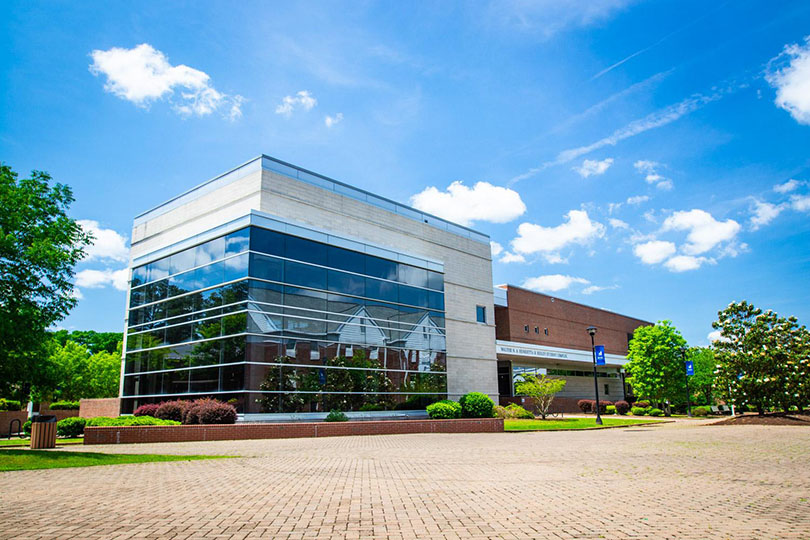 Elizabeth City State University was founded in 1891 when a bill was enacted by the North Carolina General Assembly to establish a Normal School for training teachers of the colored race in the state. The State Bill was sponsored by a black representative from Pasquotank County. In 1892, ECSU had only 23 students and two faculty members. Between 1891 and 1928, curricula and resources were expanded under college president Peter Wedderick Moore.

Under John Henry Bias’s leadership, (1928-1939), the institution was elevated to a four-year teachers’ college in 1937. The institution’s name was changed to Elizabeth City State Teachers College in 1939, and the mission was expanded.

A vocational-technical program was organized in 1957. Between 1959 and 1963 the curriculum expanded to 12 additional majors. The college was granted full membership in the Southern Association of Colleges and Schools in December 1961. The name changed to Elizabeth City State College in 1963 and in 1969, the college became Elizabeth City State University.

In 1972, Elizabeth City State University (ECSU) joined with 15 other public institutions in the University of North Carolina system. In the fall of 1992, student enrollment exceeded 2,000.

There are 862 beautiful acres of land, of which 200 acres represent the campus proper. Like many HBCUs today, the faculty and student body are increasingly multicultural. The main library contains over 175,000 books.

The Division of Academic Affairs reorganized into four schools in 2000 and capital improvements included the Computer Technology Center (2000), Wellness Center, and the RL Vaughan Center.