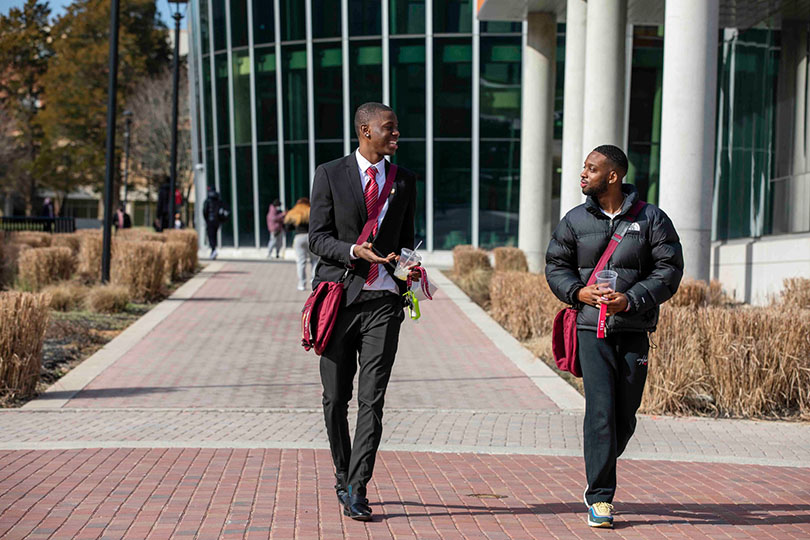 Bowie State University is one of the oldest HBCUs in the United States. The trajectory of its path to the institution of higher learning is emblematic of many Black Colleges and speaks to educational hurdles overcome by our ancestors and the needs of our youth.

Bowie State began as an outgrowth of the Baltimore Association for the Moral and Educational Improvement of Colored People in 1865.

In 1883, the school was reorganized as a normal school to train Negro teachers.

In 1908, the Maryland State Board of Education assumed control of the school, moving it to a 187 acre campus in Prince George’s County and by 1914 it became known as the Maryland Normal and Industrial School at Bowie.

By 1935, a four-year program for elementary school teachers was implemented and the school was renamed Maryland State Teachers College at Bowie.

In 1961, the program was certified to train high school teachers. By 1963 a rounded Liberal Arts program began and the school’s name was changed to Bowie State College.

In 1970, Bowie was state authorized to grant its first Master of Education Degree. The school added technology and graduate degrees which lead it to officially become Bowie State University in 1988.

In 1993, Bowie State expanded its graduate programs in Management Information Systems and Administrative Management for military personnel stationed in Germany.

By making a commitment to train African Americans in computers and other technology skills sought by employers, Bowie State has doubled its student population by 50% in the last several years. The student-faculty ratio is 18/1 and ranks fifth nationwide in the number of African Americans earning Master’s degrees in technology, science, and mathematics.

NASA and the National Science Foundation have also designated the university as a Model Institution of Excellence — one of only six nationwide — for their curricula in science, engineering, mathematics, and computer science.

Located in the center of a triangle formed by nearby Baltimore, Annapolis, and Washington, Bowie State University draws most of its students from DC and Maryland. The campus is situated on 312 lush suburban acres and encompasses 20 major buildings including five residence halls.

There are numerous clubs and organizations on campus, including 11 fraternities and sororities and 12 honor societies.