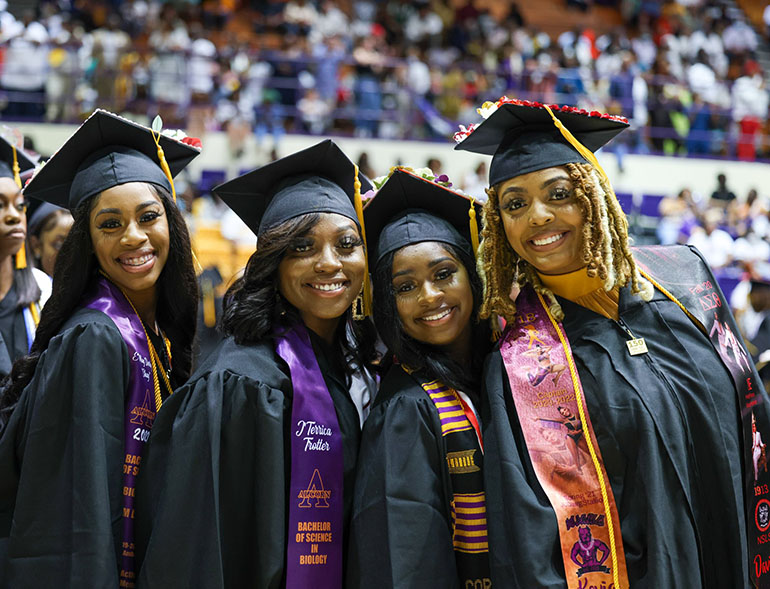 Located in southwest Mississippi, Alcorn State University was founded in 1871. It is 40 miles equidistant from Vicksburg to the north and Natchez to the south, and 80 miles southwest of Jackson. A land-grant, residential university, it is affectionately known as the “Academic Resort.”

Originally occupying the site of a school for Whites which closed its doors at the beginning of the Civil War and failed to reopen, the property was sold to the state of Mississippi in 1871 and renamed Alcorn University (an all-male university) in honor of James L. Alcorn, then governor of the State of Mississippi.

The name was later changed to Alcorn Agricultural and Mechanical College.

Women were later admitted, and in 1974 it became Alcorn State University.

The University has nearly 3,000 students, the majority of which are women. The university has received recognition throughout the U.S. for its excellence in liberal arts, agricultural research, technology, nursing and fine arts. Alcorn also has one of the largest marching bands.

The HBCU is nestled near the mighty Mississippi River on 1,756 acres, of which 1,456 is utilized for agriculture and research. The remaining 300 acres are covered by the core campus and athletic fields. The facilities have increased from three historic buildings to approximately 80 modern structures.